Home/NATURAL RESOURCES AND INFRASTRUCTURE/Latam Mining In 2020: The Good, The Bad And The Ugly 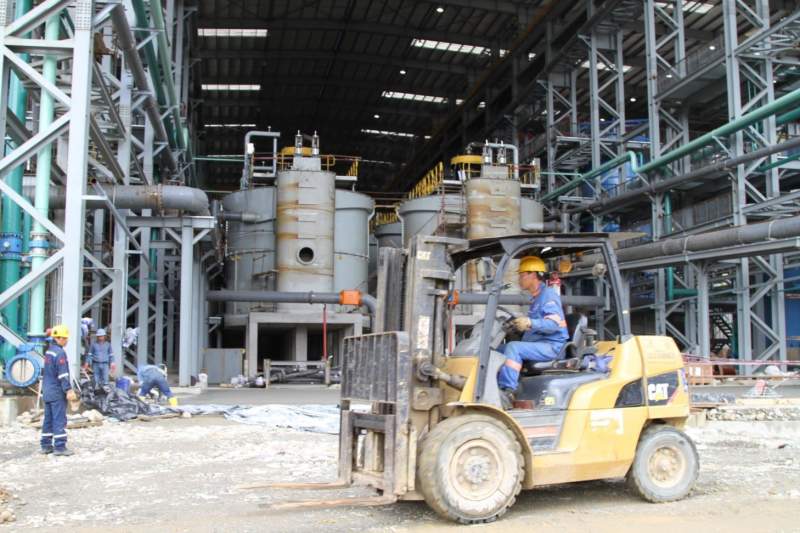 These are exciting — and distressing — times for miners. Stable pricing in industrial metals and elevated prices in precious metals ought to create a welcome investment environment. But 2019 was an eight-year low for new investments captured by mining juniors. Part of the challenge may be robust community opposition to mining projects, a phenomenon felt around the world but most acutely in Latin America. Mining majors are learning to adapt to community opposition but Juniors remain largely ill-equipped to manage this surging above-ground risk. Such an assortment of opportunities prompted us to look at the year ahead through the prism of Sergio Leone’s Spaghetti Western classic.

The rise is mineral prices is definitely encouraging for mining companies. In 2019, prices increased in several metals categories:

The economic benefit to host countries is obvious, but higher prices can also trigger resource nationalism and political pressure to raise royalties, hence rising prices can be both good and ugly.

Waking to the alarm of community opposition and buoyed by higher stock prices and more profits, miners, especially majors, have started to invest in more sustainable approaches to mining, albeit under a broad definition of what is sustainable. Almost every major now features sustainability in their marketing and PR outreach. Some (not all) are also integrating sustainability into their operations.

Improving community relations tops the list of above-ground risks facing miners. There has been an acknowledgement from the industry that ESG — environmental, social and governance — concerns have to be made a priority, improving both communication, engagement with communities and risk mitigation strategies. The major mining conferences where AMI senior consultants attended over the last year (IMARC, PDAC, Indaba, MILA and others) have devoted significant portions of their programs to sustainability, social license to operate and value creation for the host country, province and local community. These topics have now become mainstream thinking for miners — this was not the case 3-5 years ago.

Over the last five years in Latin America, community opposition has suspended more mining projects than any other factor. But the diligent engagement with local communities by a handful of investors is now bearing fruit. Lundin Gold (Ecuador), Antioquia Gold (Colombia), First Quantum (Panama) have shown the way for others. Winning United Nations awards for the quality of their local content strategy (catering, training, etc.), the Fruta del Norte project (developed by first by Kinross, later by Lundin Gold) has shown that engaging in safe, sustainable practices together with local stakeholders reduces the impact of misinformation about mining practices that foments distrust among locals. When the Shuar indigenous community from the Ecuadorian province of Morona Santiago increased their actions against the Chinese-operated Mirador mine, their counterparts in Zamora Chinchipe (near Fruta del Norte) did not join the action and instead continued engaging with Lundin, understanding that mining is one of their few economic opportunities. These three companies have engaged in succesful bottom-up approaches built upon 1-2 years of community engagement as a mine development is just getting started. This sharply contrasts with the top-down approach where sustainability is used first as a PR stunt and talked about keenly by senior management but on-the-ground methods remain unchanged.

In Antioquia, Colombia, in particular, several companies (Continental Gold, AngloGold Ashanti, Mineros SA) are in the process of implementing UN-defined sustainable development goals to tailor their license to operate strategy with a clear focus on lasting development around mining sites.

Despite the current uptick in mineral prices, project financing volumes have slowed. Data from private capital tracker Preqin — cited recently in an article on Mining.com — indicates that funding for mining projects in 2019 hit an eight-year low.

In 2019 only four unlisted funds closed. They raised a combined $300 million for investing in the mining sector. This is in sharp contrast to 2018, when $2.5 billion was raised, not to mention 2012, when eight funds were able to raise a combined $4.2 billion. When compared to agriculture, the low investment in mining comes into even sharper relief: in 2019 there was 12 times more capital investment in farmland than there was in mining.

Lack of investment translates into a lack of support for the junior miners who typically handle the exploration of new projects. A weaker project pipeline will prove problematic 6-9 years from now when production growth slows.

In an effort to engage with local communities, it is important also to lobby middle (province, state, department) level political and business leaders who collectively may hold sway over local community actors. If the interests of these middle players is threatened by a new mine, then no amount of local community support will be enough to neutralize the efforts of these middle players to work against the mine. This phenomenon is often present in Brazil, Colombia, Mexico and Peru, where local provinces are home to important business interests and political leaders who are often misaligned with the interests of national government and business leaders. Regional business leaders are often the key partners that miners need to develop local procurement vendors. The want to play a role in any large project under way in the home state or province.

The rise in precious mineral prices makes it more attractive for cartels or guerrillas to fund their own informal mining efforts or to work with informal gold miners to launder their product. The entire industry suffers reputationally when such nefarious players get involved. New industrial mining projects may pose a direct threat to illegal miners, many of whom are well-armed and likely to fight for their turf. Few miners are properly equipped with either hard or soft security and negotiation skills to confront this threat. We’ve seen this issue damage industry and company reputations in Suriname, Colombia, Peru, Mexico, Brazil and Ecuador.

The tradition of mining financiers relying on mining companies to provide their own due diligence reports is proving very risky in the new reality of local project risks that may not be detected in a standard due diligence report or worse, still are overlooked by a miner who rejects the idea of shining an unflattering light on his project. Financial investors may have to begin conducting their own in-depth local community risk assessments of projects or risk filling their portfolios with delayed or unviable projects.

Rising mineral prices incentivize more informal (and very inefficient) miners to enter the fray. They ignore environmental and safety protocols, pollute water resources and often resort to violence to defend their dubious land claims. Damages caused by informal miners are sometimes blamed on legitimate miners, causing reputational damage. Short-sighted strategies to police informal miners can also backfire, antagonizing local stakeholders. In August 2019, Canadian miner Iamgold Corp. fired 325 contractors from its Rosebel gold mine in Suriname. The company did so in an attempt to restore security after an illegal miner broke into the Rosebel site and was killed by police, sparking a larger clash between illegal miners and the police.

Resource nationalism is another “ugly” challenge for miners to contend with in 2020. With mineral prices rising, governments sometimes seek re-negotiation of titles with companies, demanding major increases that make projects unprofitable. Currently we foresee a risk of resource nationalism in jurisdictions like Mexico, Central America and potentially Chile and Argentina.

Resource nationalism does not only lead to changing royalty structures but often, more worryingly, fuels political campaigns ahead of local and national elections eager to score political points at the expense of productive projects. For instance, Elmer Cáceres Llica, regional governor of Arequipa in Peru, continues to show strong opposition to the Tía María project from Southern Peru. A group called Arequipeños por Arequipa has accused Cáceres of being responsible for the violent clashes due to protests against the project. It’s a thorny matter, but the upshot is that local politicians can exert considerable influence to delay or shut down projects, and not only in Peru where Tia Maria but also Conga or Las Bambas are stealing headlines of articles dedicated to jeopardized projects. Several dozens of projects across Latin America are facing vocal populist opponents, in particular in Ecuador, Mexico, Peru and French Guiana.

Strong opposition to new projects is also expected in Brazil, where President Bolsonaro’s administration has unveiled a bill that would allow mining in protected land belonging to indigenous communities. While the proposed bill does include provisions to consult local communities, these would have no ability to veto mining projects once Congress authorizes them. This bill could provoke a firestorm of local protests, violence, sabotage and unrest, along with a heavy reputational cost for the miners who decide to develop projects in these previously protected lands.