Latam Resources And Infrastructure: The Good, Bad And Ugly For 2019

Home/NATURAL RESOURCES AND INFRASTRUCTURE/Latam Resources And Infrastructure: The Good, Bad And Ugly For 2019 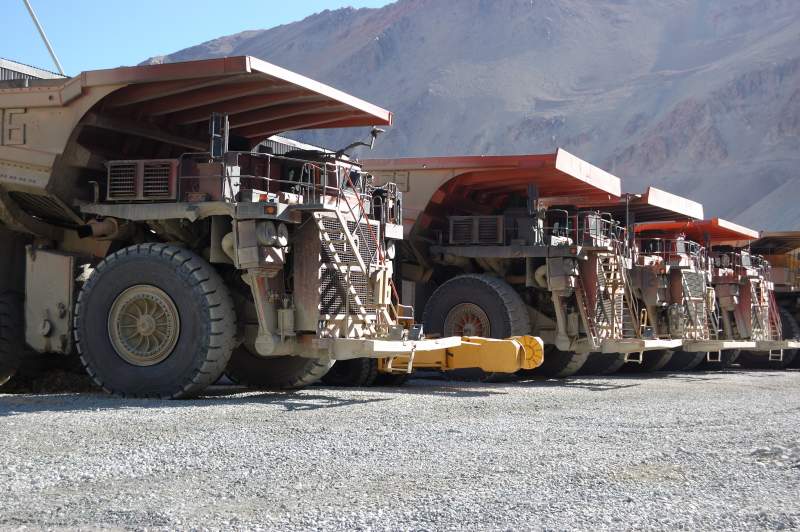 Latam Resources And Infrastructure: The Good, Bad And Ugly For 2019

Aside from Mexico, in 2018 Latin American elections delivered power to business-friendly candidates who vowed to favor infrastructure and natural resources projects during their administration. However, foreign companies should be aware of the rise of local contestation and security risks, which have become the largest obstacles to successful investments. Below we make a deeper dive and highlight what you can expect.

A number of encouraging signs should boost the confidence of investors in the infrastructure and natural resources sectors when studying Latin American jurisdictions. Many recently elected Latin American governments support business-friendly policies and regulations, thus opening up new investment opportunities. As a result, energy and mining companies can expect a reduction of red tape and supportive regulatory agencies. In parallel, conservative fiscal policies, in particular in Colombia, Chile and Brazil are likely to encourage institutional financiers to support ambitious infrastructure programs and more robust public-private partnerships.

Several jurisdictions are forecasting strong increases in mining investments. Peru’s Mining and Energy Ministry recently projected a 30% increase in mining investment in the county in 2019, from US$4.6 billion to US$6 billion, eventually reaching US$7.8 billion by 2020. Ecuador enacted plans to grow mining from 1.55% of GDP to 4% of GDP by 2021, reflecting the mining-friendly approach we predicted for the Lenin Moreno administration last year. In Argentina, the province of Mendoza is studying a revision of its prohibitive law 7.722 against mineral exploitation.

In the energy sector, oil discoveries off the shores of Guyana confirmed the rise of the small Caribbean country as a future energy juggernaut. The 2020 elections in the country will be crucial to determine whether investors can rely on sustainable national institutions, but the current Granger administration has already shown progress in tackling the daunting corruption and supporting foreign investments. The election of Bolsonaro in Brazil and the economic platform implemented by Paulo Guedes will also encourage strong investment in the energy sector. Recently, the new Brazilian administration confirmed Petrobras would welcome partnership with other investors.

In terms of infrastructure, the election of Ivan Duque in Colombia has further accelerated the deployment of key PPP projects as part of the 4G infrastructure program. Similarly, President Macri vowed vast improvements to the Argentinian infrastructure network and will continue to receive support from international organizations. Finally, Peru and Chile seem poised to tackle several infrastructure needs, in particular, water treatment and ports facilities such as the Puerto Chancay project.

However, 2019 will also be marked by economic and political uncertainties in Argentina. The upcoming October elections are propitious to populistic promises from the Peronist opposition, likely to pull President Macri away from the rigorous economic measures demanded by volatile international investors. A return of the populistic agenda defended by Cristina Kirchner in the Casa Rosada would jeopardize long-term investments in the infrastructure sector in particular and increase operational costs for both energy and mining companies.

In Brazil, the Bolsonaro administration will tackle the much-needed pension reform but the new president will not enjoy a stable majority in Congress…nor strong support in the streets. Severe strike movements are to be expected in a country were insecurity is unlikely to be reduced this year.

In parallel, the recent Brumadinho dam collapse—which caused the death of more than 300 people in Minas Gerais—will further reinforce the unpopularity of the mining sector in Brazil, hampering further developments. The firm position defended by Bolsonaro against indigenous communities and environmental regulations will also embolden NGOs. Stronger scrutiny from international media is to be expected, which in turn will increase reputational risks for investors.

With energy prices expected to remain fairly low throughout the year, striking a balance in energy mixes will not be a priority for Latin American governments, thus limiting incentives to develop alternative sources of energy. Exploration investments will stay limited and profitability will be hard to reach for companies involved in tight oil or shale gas projects, such as Vaca Muerta.

Successfully investing in Latin America requires a clear understanding of several obstacles and risks at the local level. In 2019, managing relations with communities impacted by infrastructure and natural resources projects will be of even higher importance. The wave of local referenda and marches against extractive industries—initiated a decade ago in a few communities in Argentina and Guatemala—has now spread throughout the continent.

The challenges with local communities may extend beyond protests into legislation, at least in Mexico. The Morena party—which enjoys a majority in the Mexican legislature—has proposed to amend the country’s mining law, calling for increased social impact studies and giving the Ministry of Economy the power to cancel mining concessions in case of ongoing conflicts.

Beyond local community opposition, security will again be a major risk to be mitigated in Colombia, Mexico, Brazil and Central America in particular. In Colombia, three employees from Continental Gold were murdered by FARC dissidents in an armed attack in September 2018. The recent decision by President Duque to end peace negotiations with the ELN guerillas is also likely to increase violence around key mining and energy projects. (*) Security continues to be a growing concern in Mexico where Pan American Silver reduced its operations at its Dolores mine in May 2018 because of security issues. (*) Freight train derailments cost Grupo Mexico freight trains as high as US$16 million. Security costs in Mexico have reach a staggering level for miners with an average of 2% of a mine’s turnover.

In terms of infrastructure and energy, 2019 will provide some particular challenges in Mexico. The AMLO administration will continue reversing several projects and policies from the former administration. Abrupt decisions in regard to infrastructure projects have stolen the headlines with the cancellation of the new international airport in Mexico (NAIM). Yet, the reality is even grimmer in the energy sector. In 2019, several key fiscal and regulatory incentives for the deployment of wind and solar energy will be canceled, forcing international investors to revise their strategy.

The volatility of the political landscape, ever-increasing security concerns and local community opposition can make for a very difficult year for investors and miners in LatAm. However, these risks can be mitigated and managed. To ensure the sustainable development of an investment, replicating corporate social responsibility (CSR) best practices from one jurisdiction to the next is not enough. Infrastructure and natural resources companies need to dive deeper to better research and understand local and security issues. Gathering relevant intelligence and developing adapted mitigation strategies are essential to ensure the profitability of an investment in both the short and long term. We addressed how companies can do this in our recent whitepaper, Managing Mining Risk in Latin America, which you can obtain here.

Contact us to find out more about how our on-the-ground intelligence and analysis can help you navigate what promises to be a challenging year for natural resources and infrastructure in Latin America.