A Groundbreaking Book On Csr Of Chinese Nocs 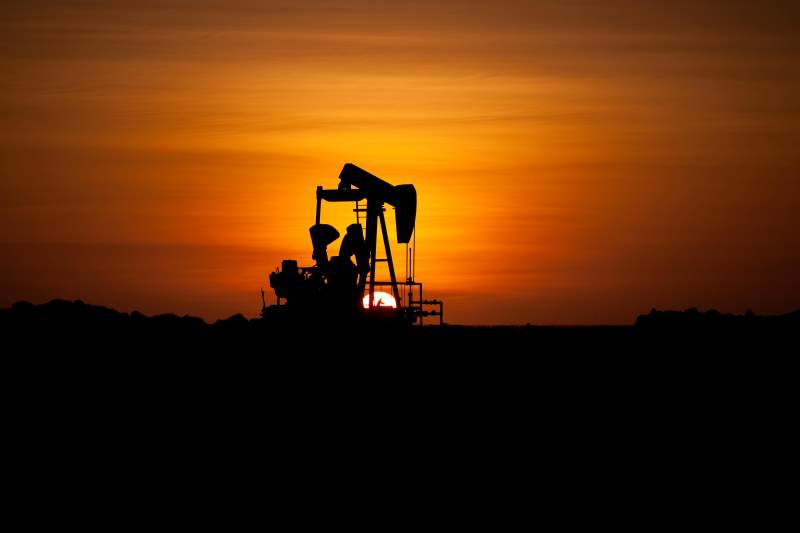 A Groundbreaking Book On Csr Of Chinese Nocs

As new actors on the international energy market, Chinese national oil companies (NOCs) have not been a frequent subject of scholarly or journalistic inquiries. Their intense ties with the Chinese state, be it personnel appointment or corporate financing, add another important veil of mystery for those eager to study Chinese NOCs’ sustainability records in their overseas investment destinations. Often bundled with the Chinese political apparatus, these giant corporations are simplistically analyzed in a binary light either as dubious agents advancing their home government’s “neo-colonial” agenda or as benign benefactors promoting growth in developing markets.

Evaluating environmental and social track records of four Chinese NOCs (CNPC, Sinopec, Sinochem and CNOOC) and their local subsidiaries in Argentina, Colombia, Ecuador, Peru and Venezuela in the first 15 years of the 21st Century, my new book Chinese Oil Enterprises in Latin America: Corporate Social Responsibility (Palgrave Macmillan, 2018) provides a nuanced and conjunctive understanding on these complex economic entities by situating in-depth case analyses under a narrative of embedded corporate social responsibility. That is, neither pure commercial motives nor external pressures alone are sufficient to account for important variances in these companies’ sustainability commitments and performance in their naturally precarious and risky business exploring and exploiting fossil fuels in different host countries. Instead, one must look beyond China as a whole unit for explanatory ingredients in local settings: the host government’s oil and gas regulations and the capacity of local civil society actors are particularly consequential. In other words, my book finds that the same Chinese NOC(s) tend to perform significantly better in a country where a competitive and de-centralized regulatory framework for the energy industry goes hand in hand with proactive civic organizations in oil zones. By these metrics, only Peru stands out as the best example capable of steering Chinese oil investments in its Amazon regions toward a socially responsible end, while others fall short of fostering aggressive Chinese oil and gas projects in sustainable directions due to a variety of sociopolitical risks. In Argentina, a vivid civic life and the 2014 energy sector reform which solidified decentralization measures provided both incentives and pressures for Chinese oil companies to pledge CSR, particularly in the country’s oil-rich Patagonian region. However, many grandiose announcements such as water quality management and fulfillment of past environmental dues failed to materialize due to the country’s unique mix of Peronist and neoliberal legacies on the regulatory side which has carved out a politicized civic space lacking autonomous power to check foreign investors. Colombia’s decades-long arms conflict and its extensive consequences compromised the security and transparency aspects of Chinese oil operations, even though competitive government regulations on hydrocarbons introduced a business environment favorable to CSR. The situations in Ecuador and Venezuela were significantly worse as entrenched “petro states” there relied heavily on Chinese oil money for revenues, restricted anti-oil societal voices, and showed resistance to introduce healthy competition in the hydrocarbons sector.

My book’s contributions to the studies of Chinese firm behavior abroad, of the China-Latin America relations on a micro-corporate level as well as of the CSR subject are evident and empirically transferable as Chinese companies go on a new round of outbound investments in infrastructure and energy under the banner of Belt and Road Initiative. Inevitably, these global novices will encounter uncertainties stemming from changing political and economic circumstances in different host countries as well as prevalent cultures of cronyism, corporatism, and rent-seeking.

Click on the image below to learn more about the book and how to order it: 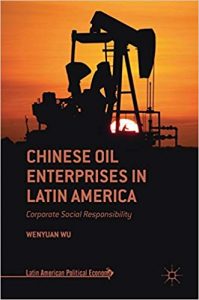 Wenyuan Wu is an advisor to AMI’s Natural Resource and Infrastructure Practice. Dr. Wu is the author of Chinese Oil Enterprises in Latin America – Corporate Social Responsibility, published in 2017.