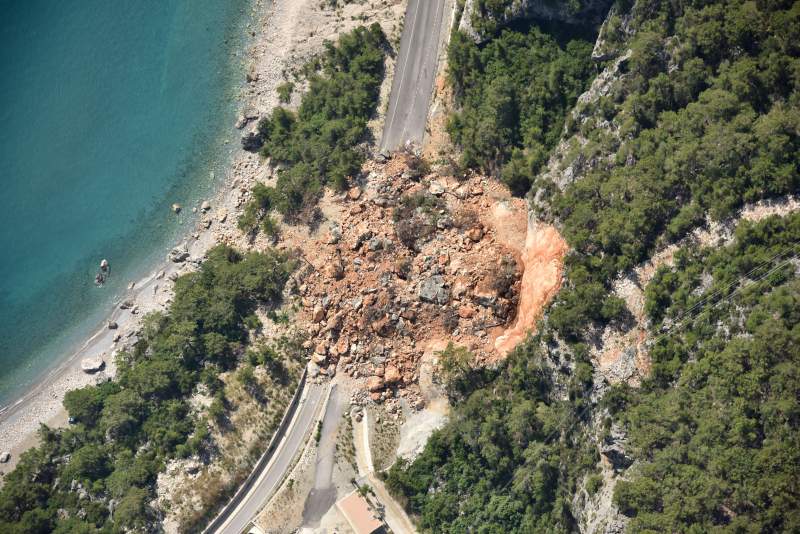 Veteran miners are well-aware of the operational challenges in Latin America, but financiers are not familiar with these difficulties. Each jurisdiction presents its own obstacles which may typically include inadequate infrastructure, conflictive unions and/or inadequate local service providers. Most of these hurdles can be overcome with approaches that reduce their impact on operations. Below we explore some of the best practices we have witnessed to overcome limitations that stem from these challenges.

Most mines in Latin America are set in remote locations and are reached by narrow, unpaved roads. In the gold-rich Guyana shield or at isolated sites in the Amazon and Andes regions, roads are washed out in the rainy season or driving becomes so slow it is inefficient to haul precious cargo by truck. Rivers may offer an alternate route (for heavy equipment being shipped to the mine, for example) while helicopters are often employed to remove processed precious metals. Getting a permit to build one’s own road can require more paperwork than securing permits for the mining concession itself. This is where the influence of a local equity investor can be crucial. Red tape is easily cut with a call from the executive branch and powerful local business leaders often enjoy better access to the Presidency than a foreign investor. In Colombia, the Proyectos de Interés Nacional y Estratégico (PINE) framework enables the national government to fast track permits, that otherwise would require the authorization of local government. In most LatAm jurisdictions, it is important to scrupulously follow all protocols for impact assessments to avoid litigation from NGOs and political foes.

While building out a mine, the delivery of equipment and arrival of workers at the mine site have major impacts on project scheduling and budgets. Other businesses, such as quarries, loggers or local industries, may be competing for use of the same transport routes. Opponents to a mine or those looking to extort mining operations will often target supply route bottlenecks (bridges, tunnels, canyons) to form a blockade. Once usage scheduling with parallel industries (like logging) is sorted out, these businesses can be useful allies against common enemies like drug traffickers, illegal miners and others who try to sabotage bottlenecks in access roads.

Criminal and informal businesses are common at port facilities, potentially impacting the importation of mining equipment and exportation of minerals. Outsourcing management of customs and import duty payments is often a wise choice but the partnering company should be thoroughly vetted. Several miners have also opted to build a dedicated export terminal in areas where organized crime is deeply integrated with the traditional logistics infrastructure. Such a tactic has been employed in parts of Brazil and Central America.

Economic actors in the mine’s vicinity can also serve as useful partners in sharing water and energy supplies. Local political opposition to mines is often rooted in competition for resources. For example, the flower industry in the Colombian departments of Cundinamarca and Antioquia often lobbies against industrial mining for fear of loss of access to water. Similar concerns fueled opposition from the farming industry in several Latin American jurisdictions. Some of these fears are unfounded and are best countered with a respected third-party scientific assessment of water usage.  On other occasions, a mining project can pressure the national government to invest in water management improvements (dams, pipelines, etc.) that benefit all water users in the community. Improvements in infrastructure, including expanded access to electricity and road building, help raise the profile and stature of the mine in the local community.

Oftentimes, the lack of adequate power infrastructure forces the mine to build its own power supply and power lines. The cheapest option may be diesel-based power generation, but a smarter play is renewable energy (hydro, solar, wind, etc.) that can be shared, at cost, with the local community. Such alternative energy will remain long after the mine dies down and will help bolster a mine’s green credentials with urban voters and NGOs. In Chile, a thermo-solar power plant allows the Codelco-operated Gabriela Mistral mine to reduce its diesel consumption by 80%. Similarly, Antofagasta Minerals’ Los Pelambres copper mine receives 20% of its energy from 50 wind-powered turbines.

The lack of qualified local service providers needed to run a mine or maintain equipment is a challenge in many of the smaller Latin American mining countries. Unreliable and unprofessional subcontractors lead to project delays and may cause safety hazards that harm workers or the environment. Unscrupulous labor practices by subcontractors can trigger reputational blow-back on miners. Therefore, it is essential to properly screen any local subcontractors and speak to their other clients to understand what to expect.

Miners have shared their regrettable experience of hiring a local IT provider, who, though qualified, was actually working for the government or even organized crime and passed along vital information about the mine’s output and vulnerabilities. In the Guyana shield, technicians and mining service companies are virtually non-existent and personnel must be trained from scratch or brought in from abroad. An example of best practices can be found in the strategy implemented by Newmont in the Guyana shield. Both in French Guiana and Suriname, Newmont joined forces with local governments to develop large-scale training of informal miners and small equipment distributors. This approach, although time-consuming, helps raise the quality of operations. It also serves as an excellent CSR tool for building support around mining operations by increasing local content in supply processes.

Developing appropriate human capital is essential when ramping up mining operations. Several jurisdictions cap the number or percentage of foreign workers that may operate in mines even though they are able to provide very limited numbers of qualified employees. This dilemma is acute in Ecuador, Suriname, the Dominican Republic and Guyana where mining history is limited and poaching workers from other miners is commonplace. If there are no mining colleges or training centers, large-scale miners are wise to invest in their own training or co-fund programs with the government. For example, Lumina Gold partnered with the University of Loja in Ecuador to train engineers and technicians. Such training centers ought to be close to the mine because, unlike mining workers in Canada, Australia and South Africa, Latin Americans are wary of pulling up roots, displacing themselves from family and long-established community ties.

Unionized labor in Latin America got its start in the mining sector. Unions can be combative and are often corrupt. In some markets, they are best described as white unions, willing to collaborate with mining management in tough times (e.g., when mineral prices are dropping). Others are more combative in nature, but union leaders will end a strike if their pockets (not necessarily their members’ pockets) are lined. In Mexico, mining unions were traditionally funded by the long-ruling PRI party, in an effort to mobilize voters in remote locations. When the PRI lost the presidency in 2000, the party’s purse strings were cut and a near-century of cozy relations with organized labor came to a halt. Since then, a few unions in Mexico including at least one mining sector union, have sought other sources of funding, including organized crime syndicates. The Torex Gold Resources mine in the state of Guerrero was blocked for several months by union workers that were purportedly backed by local criminal organizations.

Conflicts between obstinate unions and their miner employers can be mitigated if proactive strategies are adopted. Jaguar mining in Brazil reportedly invited union leaders to attend all of the mine’s finance meetings. The union heads were shown how minimal and risky the margins of a mining operation can be. This helped demystify the notion that mining leads to easy riches. The union backed off on many of its demands, cognizant that a failure to do so could drive the mine out of business, jeopardizing all of its’ workers’ jobs.