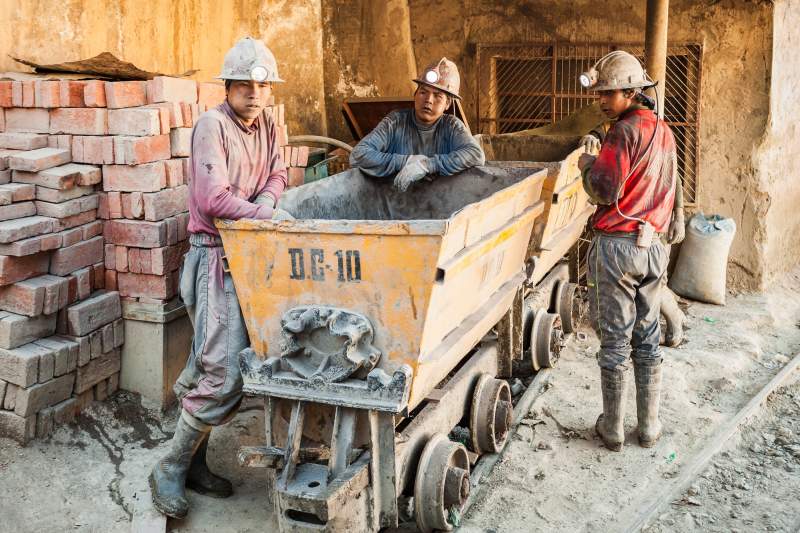 Note: This article is part of a series of pieces on managing mining risk in Latin America. Earlier entries covered managing political interference and regulatory instability.

Colombia, Brazil, Mexico, Venezuela and most of Central America have seen their security environment degrade as criminal organizations gain influence and power through drug trafficking, extortion and involvement in illegal mining.

Several mining companies struggle to mitigate safety and security risks because their internal organization is fragmented into distinct teams and not structured to answer local security concerns. Common errors for mining companies stem from their inability to develop a comprehensive security strategy beyond emergency protocols protecting the physical safety of employees and assets.

To ensure long-term security, miners need to understand the root causes of security issues threatening their properties. Sound security mitigation begins by analyzing and mapping the motivations, political alliances and power exercised by the many different players operating near a mine.

In the Bolívar state of Venezuela, for example, illegal miners backed by gangs have militarily resisted the army’s attempts to regain control of large gold fields. Organized criminal groups are apolitical and generally only motivated by money. They need to be viewed as a business, not a simple security threat. Like any complex business, criminal organizations manage different lines of business, each in pursuit of profits. If one business division — such as drug trafficking, for example —is shut down by strong enforcement, revenues must be found in other areas, such as kidnapping or extortion.

The fact that local organized crime has little to no history of meddling with a mine is no assurance that a mining operation will be safe in the future. The arrival of an international miner may well awaken the interest of criminal groups. Rising mineral prices and profits may open their eyes to the merits of illegal mining or extorting a miner. Or the decline of another illegal business activity may oblige gangs and cartels to take interest in the local mine. Therefore, any due diligence of the local environment ahead of a mining investment must consider the presence and power of organized crime.

These interests are often a catalyst of local community opposition to industrial mining. Illegal miners sometimes work in league with or are financially controlled by criminal groups. Such links have been proven in several cases in Colombia where cocaine producers and distributors help finance illegal mining so they can launder their drug proceeds. At the other end of the spectrum are small-scale informal miners, who pilfer gold from larger miners or poach their highest yielding real-estate, such as river banks. In Guyana, porkknockers — the local term for informal miners — are known to disrespect mining concession boundaries and poach gold deposits in shallow fields. Armed with fresh land title data they obtain from corrupt government officials, some porkknockers poach the properties of concessions before miners are able to build proper perimeters to protect their property. Prudent due diligence of the practices of informal miners, combined with an intelligence policing strategy with official help, can limit these early losses.

While these are much less prevalent than in the past in Latin America, guerrillas still operate in Colombia and in neighboring countries with limited forces. The actions of the few guerilla groups operating in Southeast Colombia are not that different from the actions of organized crime and should be dealt with using the same tactics. The fact remains that in parts in Colombia, despite the Peace Accord, it is still unsafe to mine because of lingering armed guerilla groups that utilize illegal mining to sustain their ranks.

Kidnapping remains a threat in many jurisdictions, including Colombia but also in Mexico and Brazil where mining companies are targeted in areas where policing is weak or even operating in cahoots with organized crime.

Finally, acts of God are more related to safety rather than security. Some mines are vulnerable to earthquakes, mud slides, flooding or pandemics such as the Zika virus. For such risks, insurance may be the most practical mitigation tool, in addition to well-executed health and safety protocols.

In parts of Mexico, local and state police are so corrupt that organized crime can only be stopped by federal police and military together with a mine’s own security forces. The state of Guerrero, ranked last in Mexico in terms of police corruption, is also an important mining jurisdiction. Home to more than 100 different criminal groups, ranging from small gangs to drug producing cartels, any large investor, mining or otherwise, will find their operations compromised by these illicit groups.

Before initiating a new mine, investors are wise to thoroughly assess not just the security history of the mine site and local environ but look deeper for the presence of illicit groups whose financial interests may intercede with a future mine including organized crime, illegal miners, and drug smuggling corridors running nearby. Even legitimate competing interests like farming or indigenous groups may resort to violent tactics if they feel threatened by a new industrial mining project. Security threats are often the result of a much more fundamental economic threat or opportunity perceived by local groups.

In very few Latin American jurisdictions can local or even state police be relied upon to combat local security threats, which may be beyond their grasp or dictated by illicit groups that make a practice of buying their impunity. National police or the military rarely make effective security allies because their tactics are often heavy handed and tend to exacerbate local community frustrations. Every mine should be self-sufficiently protected by its own security personnel and strategies. Directing their own security apparatus requires not only sound management but a constant feed of local intelligence that identifies both opponents and allies of the mine and monitors problems before the escalate into violence.

Lastly, self-sufficiency on the security front should not preclude miners from allying with other local businesses as well as building bridges with local power brokers and political forces. The more local players are aligned with the interests of the mine, the less likely they will work with or even tolerate illicit groups who both oppose and threaten a mine.

Contact us to find out how our market intelligence for the mining industry in LatAm can help you manage all types of risks. Our recent webinar on mining risks shares some advice on handling these risks, and our case studies also offer some insight into our 10 years of experience helping miners in Latin America.