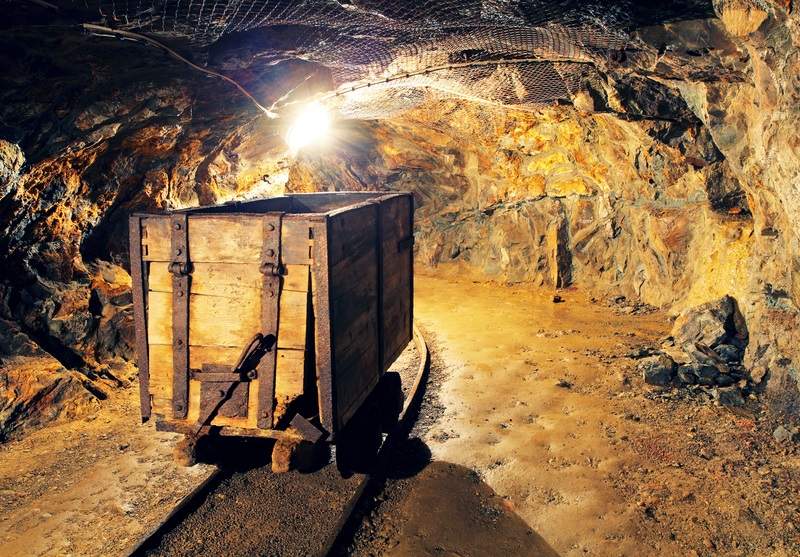 Chinese investors have become central actors in Latin America yet remain relatively inexperienced in the region’s natural resource sectors. Although pilot projects such as the Talara 6/7 oil block and the Marcona iron ore mine undertaken by China National Petroleum Corporation (CNPC) and Shougang Corporation, respectively, started in the early 1990s, it was not until the late 2000s that sizable Chinese extractive sector investments began to take shape.

In Peru, the Aluminum Corporation of China (Chinalco) acquired the Toromocho copper mine in 2008 for $2.2 billion. In 2014, two other Chinese companies, Guoxin International Investment and CITIC Metal, made a $7 billion purchase of Las Bambas copper mine, Peru’s largest copper mine.

Chinese companies established their presence in the Ecuadorian extractive sector a bit earlier when CNPC partnered with Sinopec, another Chinese state-owned oil enterprise, to launch the Andes Petro project in 2005, with an initial investment of $1.47 billion. In 2012, Tongling Non-ferrous Metals and China Railway Construction signed a $1.4 billion contract with the Ecuadorian government to explore the Mirador and Panantza San Carlos copper mines.

Even with a decade in both countries under their belts, Chinese companies continue to suffer public relations backlashes with local authorities and communities because they failed to grasp the social and historic complexities of these environs. Indeed, Chinese companies, mostly owned by the Chinese state, directly or indirectly, often find their ambitions frustrated by vehement criticisms and local resistance, because of subpar environmental, social and transparency records. Chinese mining companies, struggle, by and large, to earn the trust of host communities, particularly in the Andean regions.

Extractive projects are normally located in remote areas where commercial motivations may be trumped by the ecological and cultural preservation priorities of host communities, a notion anathema to most Chinese SOEs. Accustomed to leaning on centralized government to deal with local issues, Chinese investors unwittingly exacerbate the historical divide between the provinces and national capital in most LatAm countries.

To win the hearts and minds of local communities and remain a viable commercial operation, Chinese miners would be wise to better study and act upon the local CSR needs. Prioritizing bottom-up civic engagement with local and regional stakeholders is a proven successful approach in a few well-documented cases.

Such was the case for Chinalco in Peru. After obtaining a concession over the Toromocho mine in the Junin Region in 2008, Chinalco assembled an international team to launch an effective CSR campaign. The company decided to retain the management team of the previous owner, Canadian miner Peru Copper. Various local public hearings were conducted which led to the final approval of an environmental impact assessment in December 2010, overseen by Social Capital Group, a Peruvian mining consultancy. One of the most efficient tools implemented within the Chinalco’s concession agreement was the development of a required community assistance fund labelled Fondo Social Toromocho.

In 2013, the company organized the successful relocation of 5,000 residents from the impoverished mining town of Morococha. This undertaking not only paved way for the upcoming mining operations, but also provided guaranteed housing and a compensation sum for the Morococha residents, who had previously dwelled in a toxic-waste site with no access to a proper sewage system. In addition to the relocation project, Chinalco contracted Guardvant, an American firm, to install a work safety monitoring system and also hired a Colombian company for infrastructure investment. Its proactive approach to community engagement and social welfare has earned the company a positive reputation in Peru, no easy feat in a country where Chinese miners are viewed with skepticism.

The consultation process highlighted the fact that Block 113’s territory was superimposed over territories of the indigenous Mashco Piro, a Peruvian indigenous people whose right to live in voluntary isolation was first acknowledged by the Peruvian government in 2002, and later affirmed by the Inter-American Commission on Human Rights (IACHR) in 2007. In June 2006, SAPET disregarded the Peruvian government’s green light and withdrew from the block, in light of the conversations it had with FENAMAD. SAPET’s decision was applauded by FENAMAD and is considered an exemplary case among overseas Chinese oil projects.

Some valuable lessons can be gleaned from these examples. First and foremost, Chinese enterprises can and have proven to be boldly successful with their CSR policies. Secondly, direct and interactive dialogue with local and regional civil society actors is the most cost-effective way to build a positive reputation and to smooth the frequent disagreements that arise over the life of a project. Without civic engagement and local input, CSR becomes greenwash, an insincere form of PR that is spoon fed to the national and international press and does little to quell local grievances. Thirdly, to deliver optimal outcomes, Chinese firms must draw on international expertise. China has yet to build globally experienced professional service firms that can help formulate and execute CSR programs on the other side of the world.

Firms that neglect to engage respectfully with local communities usually regret the oversight.  In Peru, Shougang has a deplorable record and reputation for environmental accidents and failed infrastructure. Las Bambas mine has been plagued by communal protests that sometimes resulted in violent clashes.

In Ecuador, the mining sector has boomed since 2015, leading to an expected $4 billion in mining investments by 2021.  But new Chinese miners must content with the negative reputation derived by some early investors. In 2014, Andespetro in Ecuador disregarded the community consultation in its expansion plan and later became a central target for the national protests against the extractive sector. Similarly, EcuaCorriente and Explorcobres who began spearheading major mining projects under Correa, met frequent resistance from indigenous populations and environmental activists. This opposition eventually led to the upheaval of the Shuar community and a state of emergency in 2016.

A reinforcing of CSR strategy from these mining companies has only become more pertinent since the election of Lenín Moreno, who is more accommodating than his predecessor with regards to Indigenous and local community rights and ecological preservation. This was shown by the inclusion of a question on mining regulation in Ecuador’s Feb 4th, 2018 referendum.

Starting as they do from a reputational disadvantage in many LatAm jurisdictions, Chinese extractive sector investors are advised to go above and beyond the levels of their international competitors in adopting progressive and locally focused CSR programs.

Wenyuan Wu is an advisor to AMI’s Natural Resource and Infrastructure Practice. Dr. Wu is the author of Chinese Oil Enterprises in Latin America – Corporate Social Responsibility, published in 2017.