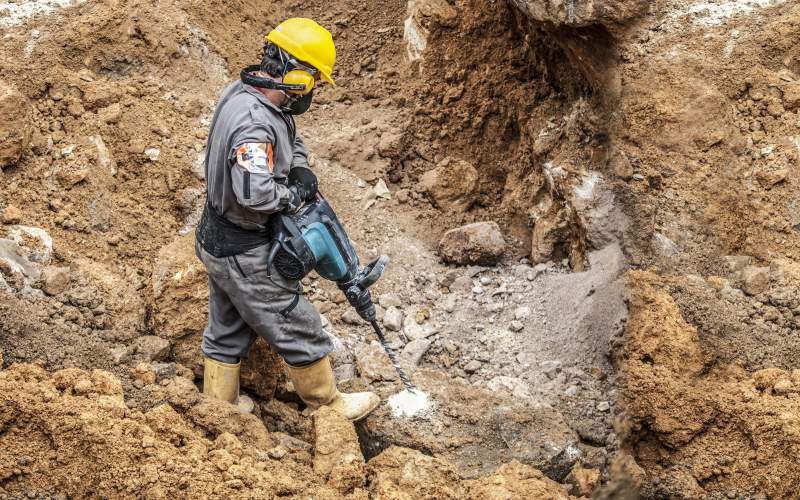 The webinar provoked a strong response from participants and the series of challenging questions, the answers to which are provided below. We encourage you to download the presentation slides, watch the webinar and then read the Q&A text below.

Q: How would you address corruption and drug cartels problems as risks of successful projects?

Corruption and drug cartels are two separate issues that often intertwine.  In parts of Mexico, Colombia, Guatemala and Honduras, drug cartels run lucrative businesses that may perceive industrial mining projects as a threat that brings unwelcome attention to their trafficking and other illicit activity. Or they could see it as competing for cheap labor or with the illegal mining that cartels may operate themselves or utilize for money laundering.

Local and even state level police in cartel-controlled regions are woefully underpaid and often under-armed.  Faced with a “plata o plomo” tradeoff (“take the money or receive a bullet”), most policing officials will choose to collude with the most powerful local actor: the drug cartel.  When that happens, miners cannot rely on local police to ensure their security — in fact, corrupted local police may threaten their operations, operating as armed henchmen for the cartels.

In such an environment, a miner must first employ its own private security force, strong enough to operate independently without public security support.  Miners are wise to reach out to other large employers in the region who may face the same challenges. Together they should lobby the national government for security (from the national police and/or army).  The executive branch, who often receives most mining royalties and taxes, should also be called upon to pressure state governors and municipal leaders (assuming the leverage exists) to protect an important investment.

With close to 200 million smart phones now owned by almost all strata of society, newspaper readership at all-time lows and TV media still very consolidated in the hands of largely pro-government/pro-business tycoons or public ownership, anti-mining reporting is much more likely to find its way onto social media than traditional media.

Whereas social media may have lost much of its reputational power in the U.S. and Europe with the proliferation of fake news and sophisticatedly engineered smear campaigns, social media in Latin America still enjoys considerable legitimacy because it does fill large gaps in a traditional media landscape, often characterized as having only scant investigative reporting resources.  In Latin America, social media must be taken seriously because traditional media relies on amateur sources who publish online to find controversial stories that they can then investigate and bring to a wider audience.

How best to counter online reputational attacks is the expert domain of professional and modern PR agencies who understand the vagaries of Latin America’s social media landscape.

Q: How would you manage NGO’s influences in communities against mining?

NGOs sometimes play a central role in organizing and strengthening anti-mining coalitions. This has been witnessed for instance in Colombia, Honduras or French Guyana.  In each jurisdiction, NGOs acted distinctly and thus the appropriate miner response should vary accordingly.

In Colombia, the local consultation which led to the closing of the AngloGold Ashanti’s La Colosa mine was influenced by interference from NGOs locally.  The NGOs in question lacked experience with mining and refused to engage in the scientific discussion begun by mining professionals.  The NGOs, it is suspected, were mostly financed by criminal organizations eager to maintain their money laundering channels through local informal gold miners.  Protecting the environment, the official NGO opposition position, was a fig-leaf excuse disguising the real motivation of their obstinacy, which was protecting drug lords’ interests.  To combat such perilous opponents, it is important to gather evidence of their malfeasance and expose it to the public via media sources and social media.

In several countries, such as Honduras or Ecuador, NGOs represent a mix of indigenous and environmental claims. They operate among a populace poorly informed of the impact of industrial mining on their daily lives, which makes them vulnerable to disinformation and rumor easily circulated via social media.  Further, many mining communities have suffered from irresponsible mining practices perpetrated in the past, such that the seeds of distrust are well rooted.  In these situations, miners need to engage neutral players (other NGOs, UN dependencies, etc.) to audit the mine development plans and give their stamp of approval.  Furthermore, the miner needs to welcome the community and NGOs to discuss in regular meetings the environmental safeguards to be employed.  The key is to have community leaders, NGOs and the miner in one room to air misgivings and minimize the impact of disinformation campaigns.

Lastly, in several jurisdictions, NGOs can be ideologically or politically motivated.  Far from focused on protecting the local community or the environment, these NGOs are either blinded by an ideology or loyal only to political ambition.  Such minded NGOs have been found in French Guiana and Brazil.  Among their tactics are using litigation against miners by citing environmental abuses.  A good defense begins with impeccable and well documented environmental audits and licensing. Any misstep in the regulatory process can be exploited in courts. Local support is also essential to mitigate negative campaigning from international NGOs networks oblivious of positive impacts of mining for local communities.

Q: Are you seeing renewable energy for mines as a cost-effective risk mitigation approach to energy access?

Access to energy is an important challenge for most mining companies in Latin America, not only for operational reasons but also because a reliable energy source is key to underpinning the local economy and a secure working environment.  The infrastructure developments required to connect a mine to the grid can face cumbersome environmental assessments or strong opposition from indigenous and environmental NGOs.  If the grid is far from the mine site, then expensive electrical distribution and/or generation systems must be built.  In some cases, a reliance on diesel generators can attract fuel thieves.

Given the often-onerous peripheral costs of conventional energy sources, renewable energy becomes that much more attractive to miners. Viable solutions usually combine intermittent renewables like micro-hydro, solar, and wind with complementary conventional energy.  Finally, the development of renewable energy generation is a strong asset for improving a company’s reputation by delivering reliable electricity to the local communities with minimal environmental impact, which pleases the national voter.

In recent years, several mines have increased the contribution of renewable energy in their supply mix. B2Gold Corp and Caterpillar recently partnered to develop 7 MW of solar power at the Otjikoto Mine in Namibia where photovoltaic solar modules will reduce reliance on heavy fuel oil currently powering the mining facility. In Chile, a thermosolar plant in G. Mistral mine replaced 80% of diesel consumption while Antofagasta Minerals’ Los Pelambres copper mine receives 20% of its power from 50 wind turbines.

Q: What about potential cross border jurisdictions for mining projects and how long may it take to resolve them?

A mining concession that straddles a border, particularly an international one, either benefits from diversified risk or more likely is saddled with twice the license to operate risks.  If a miner can design his operation such that it can operate autonomously on either side of a border, then the miner can abandon either jurisdiction if the host country proves too risky.  But most mining operations are not prepared to underwrite redundant infrastructure on both sides of the border and operate a less efficient project in the process.  Instead, most miners tend to rely on the simultaneous support of both jurisdictions for their project to operate.

Pascua-Lama, which borders both Argentina and Chile, demonstrates the risks and costs of building support in two different countries operating under unique political structures and dynamics.  The project has served as a warning to most miners to avoid concessions that straddle international borders.

While anti-mining interests have strengthened their organization and collaborative structures through online communities and social media, mining companies continue to operate in an isolated fashion, sharing in only informal methods their concerns with other miners.  When mining companies do unify, as they did following the election of Humala in Peru, who had threatened to raise mining taxes, then industry collaboration can be very effective.  But under most circumstances, mining companies choose to fight their risk battles alone.   Miners guard very closely their reputation and go to great lengths to keep secret the fact that their mine may face larger risks than investors anticipate.  The ability to raise capital and sustain share price is at the very heart of a miner’s survivability.  Hence sharing one’s vulnerabilities with other miners is frowned upon.  None-the-less, mining associations and other collaborative bodies bring negotiating power to the industry and are useful vehicles for protecting miner interests as well as pooling industry monies to improve mining’s reputation.

As you have seen in our webinar, part of our mission and vocation at AMI is to inform our mining clients of industry best practices based upon discreet interviews with other miners facing similar risks.

The mining sector suffers today from a lack of communication both among themselves but also with local stakeholders and national social and political actors. This silence strengthens the misunderstanding and ignorance exploited by opponents of mining including criminal organizations, unregulated miners, corrupt politicians and misguided NGOs, among others.

You can download the full presentation made at AMI’s mining risks webinar here. You can also view the video of the webinar here.

Contact AMI to find out how our team—which has conducted nearly 200 studies for mining companies over the past 10 years—can help you mitigate or avoid mining risks in Latin America via strategic market intelligence and analysis.