Home/NATURAL RESOURCES AND INFRASTRUCTURE/Latam Mining: The Good, Bad And Ugly For 2018 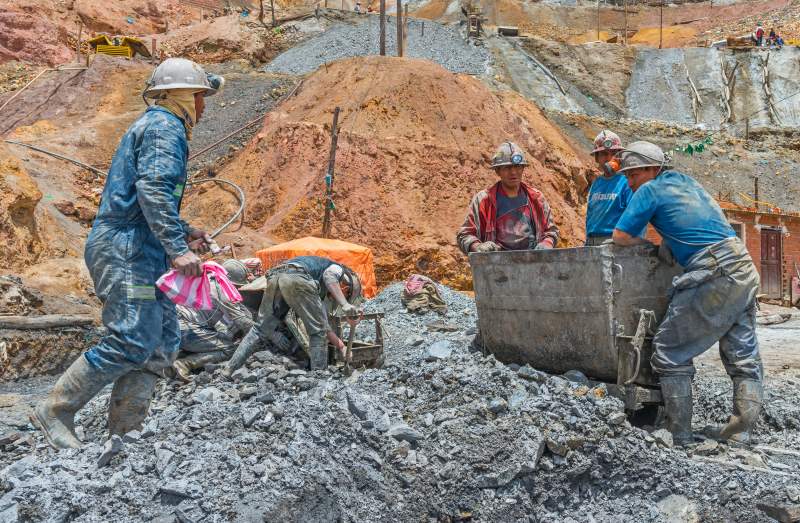 The year 2018 will bring fundamental changes to the Latin American political and economic landscape. As a result, natural resources companies need to adapt their strategy to a changing reality on the ground. Unpredictable elections in Brazil, Mexico and Colombia will impact a continent otherwise offering a much-improved investment environment in 2017.

Among the positives is the steady rise of industrial and precious metal prices. After a challenging 2013/14 when the prices of commodities plummeted across the board, 2016 and 2017 have seen resurging prices of aluminum, copper, zinc, nickel, lead, palladium, and more modestly in gold.

Several factors explain the positive pricing trend, which is likely to continue over the coming months. Chinese infrastructure investments jumped 19% last year while industrial output grew in the US by 1.8 percent in 2017, the first and largest increase since 2014. Both drivers of demand will likely continue in the short to mid-term.

A second important positive trend is the favorable reforms undertaken by several Latin American countries. Low energy prices have forced governments to improve investment conditions in the hopes of attracting mining investments. In Argentina, President Macri initiated strong structural reforms (pension funds and labor reforms, corporate taxes slashed to 25%) that will favor the mining sector. In Ecuador, President Moreno drifted away from the former Correa administration and cracked down on corruption while inviting private sector leaders into his new government. Moderate to significant improvements were also realized in the regulatory environments of Peru, Guyana, Brazil and French Guiana. Mining investors are more bullish on Chile following the election of Sebastian Piñera in December, 2017.

The biggest threat to miners today in Latin America (and in other parts of the world) is the growing phenomena of local community opposition to resource and infrastructure projects. More than 30 local referenda are scheduled in Colombia alone against mining and energy projects, with local opposition emboldened by the closing of La Colosa mine in April 2017. Some local protests are encouraged by illegal miners and/or organized crime, as has been witnessed in Colombia, Mexico, Ecuador and Venezuela. Other local protest votes are the culmination of legitimate gripes against national governments that rob local communities of the royalties owed to them. With smartphones and social media, local communities are well armed to bring their grievances to the world stage and invite press scrutiny. National governments, many of which have been embarrassed by corruption scandal, are loath to impose their will using any strong-arm tactics. The result is a stand-off between national and local interests which is stalling projects in several countries.

2018 is an important electoral year, which, combined with the aforementioned executive branch scandals, has defanged national governments from their constitutional right/duty to impose the rule of law in mining jurisdictions that are often remote. As a result, security threats frequently go unpoliced. 2018 is the final year of the Mexican sexenio political cycle, which typically results in rampant corruption and security issues. The Torex El Limón Mine in Guerrero has been blocked since November 2017 by a minority union threatening to use violence and supported by local illegal miners. The PRI (government party) no longer controls Mexican unions since the party cut off its funding of the national umbrella union organization some years ago. Several unions in Mexico now answer to organized criminal groups, their new paymasters.

Weak security and judiciary institutions may worsen if elections bring to power a populist candidate like AMLO in Mexico, Bolsonaro in Brazil or Vargas Lleras in Colombia. History teaches us that populist regimes tend to drive diversified investment out of the country, placing added pressure on the resource sector to foot the country’s tax bill.

If a relatively weak U.S. dollar and high level of global infrastructure spending is the recipe for success for investment in the extractive industries, the situation could turn negative if U.S. inflation surges, triggering higher interest rates by the Fed. A higher cost of capital would reduce global demand, weaken investment flows and undermine commodity pricing. It is therefore important for investors to factor in lower and/or more volatile commodity prices in their project viability analysis.

Conservative commodity pricing assumptions is an important best practice, but others are worth noting as well. Learning to better consult and engage with local communities is essential. Miners can no longer rely on national governments to intervene locally on their behalf. In some jurisdiction, local policing authorities are also unreliable, obliging miners to maintain both a well-equipped and well-informed security force. Intelligence gathering programs at both the local and national levels is vital to predicting and addressing challenges before they threaten a mining project.

Contact Americas Market Intelligence for an in-depth look at both threats and opportunities facing miners in 2018—along with strategies for handling them.