Mining In The Guiana Shield: Investment Opportunities In An Evolving Political Landscape

Home/NATURAL RESOURCES AND INFRASTRUCTURE/Mining In The Guiana Shield: Investment Opportunities In An Evolving Political Landscape 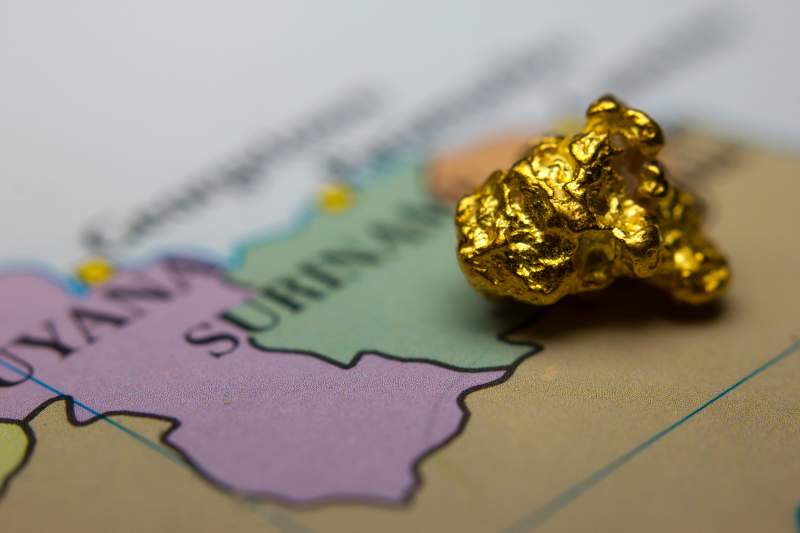 Mining In The Guiana Shield: Investment Opportunities In An Evolving Political Landscape

In a June 30 Mining Coffee Chat, Dr. Remi Piet — Co-founder of Embellie Adcisory — discussed mining in the Guiana Shield. The last few weeks have been particularly active, with elections and political transitions in all three jurisdictions (Guyana, Suriname and French Guiana), as well as intense M&A activity and changes at the helm of some of the most important mining operations in the region.

Dr. Piet welcomed a guest panelist to the Chat: Dominic O’Sullivan, chairman of Tajiri Resources and former Honorary Consul of Australia to Guyana. Their discussion centered on recent events in these promising jurisdictions, where Zijin Mining and Silvercorp battled over Guyana Goldfields and Gold X appointed Robert Friedland as their new Chairman.

In addition, the Chat also covered Suriname and French Guiana, where the political landscape is shifting and could have significant impact on mining opportunities. In Suriname, President Desire Bouterse offered to step down after negotiating a democratic transition with the opposition. In French Guiana, local municipal elections this weekend will shape the conditions locally for mining investment, as well as modify the balance of power in Paris between Macron and the Green Party at a time when a new mining code is being drafted.

You can view HERE the video of the June 30 Mining Coffee Chat.

Mining Coffee Chats were weekly meetings held by Dr. Remi Piet, as part then of AMI. Remi explored important topics affecting the mining industry with expert speakers, and discussed with attendees the challenges they faced during COVID-19 and beyond.

The Embellie Advisory Mining Coffee Chats are now held in collaboration with the Emerging Markets Investors Alliance, a New-York based NGO focused on ESG investments.

To find out more about Embellie Advisory’s consulting work in the area of risk management for mining investors and companies, please explore our recent webinars, case studies and whitepapers.

Dr. Remi Piet is the Co-founder and Managing Director of Embellie Advisory. Remi leads political and other risk analysis activities for the mining, energy and infrastructure sectors in Latin America and West Africa. He has worked on projects in more than 60 countries across Latin America, Africa and Europe and taught at several universities including the University of Miami, HEC (Paris) and Qatar University. Be it a snapshot country and counterparty risk analysis ahead of an asset purchase, the on-going monitoring of on-the-ground risks or the development of local sustainable value with stakeholders, Remi has a long track record of success building collaboration with a wide range of stakeholders.